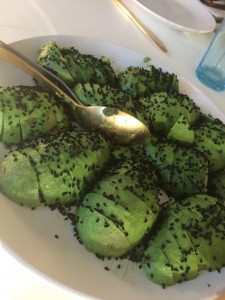 “Dr. Palmer described the experiences of two adults in his practice with schizoaffective disorder who had tried a ketogenic diet. Whereas schizophrenia is characterized primarily by psychotic symptoms, people with schizoaffective disorder have to cope not only with psychosis but also with overlapping periods of severe mood symptoms. Signs of psychosis include paranoia, auditory hallucinations, visual hallucinations, intrusive thoughts/images, and/or disorganized thinking. Mood episodes may include depression, euphoria, irritability, rage, suicidal thoughts, and/or mood swings. As a practicing psychiatrist for more than 15 years, I can tell you that schizoaffective disorder is a particularly challenging diagnosis for people to live with and for psychiatrists to treat. Even the most potent antipsychotic and mood stabilizing medications available often don’t bring sufficient relief, and those medications come with a significant risk of side effects.”

The first story is of a 31-year-old woman who was diagnosed with schizoaffective disorder eight years ago. Trials of TWELVE different medications, including Clozapine, a powerful antipsychotic agent considered by many psychiatrists to be the medication of last resort due to its risk of serious side effects, were unsatisfactory. She had also undergone 23 rounds of electroconvulsive therapy (ECT or what used to be called “electric shock treatments”), yet remained troubled by serious symptoms. She decided to try a ketogenic diet with the hope of losing some weight. After four weeks on the diet, her delusions had resolved and she’d lost ten pounds. At four months’ time, she’d lost 30 pounds and her score on a clinical questionnaire called the PANSS (Positive and Negative Symptom Scale), which ranks symptoms on a scale from 30 (best) to 210 (worst), had come down from 107 to 70.”

The second story is of a 33-year-old single man diagnosed with schizoaffective disorder fourteen years ago. Over the years he had tried SEVENTEEN different psychiatric medications with limited success, including Clozapine. Weighing 322 pounds, he decided to embark on a ketogenic diet for weight loss. Within three weeks, he reported “dramatic” reduction in auditory hallucinations and delusions, as well as better mood, energy, and concentration. Over the course of a year, he lost a total of 104 pounds. When in ketosis, his PANSS scores improved significantly—falling from 98 to only 49. His daily function and quality of life also improved dramatically; he moved out of his father’s home, began dating, and started taking college courses.”

“Interestingly, in both cases, each time either of these individuals went off of the ketogenic diet, their symptoms worsened, and when they went back on the diet, their symptoms improved again, suggesting it was the diet and not some other factor that was responsible.”

“These outcomes are truly remarkable: improvement by dozens of points on the PANSS, significant weight loss, and better quality of life. There simply is no psychiatric medication available with the power to accomplish those results. I have certainly seen antipsychotic medications help people with bipolar and psychotic symptoms, and sometimes help dramatically. However, all antipsychotic medications, unfortunately, come with a substantial risk of side effects that can worsen quality of life, not the least of which is weight GAIN.”