“The glymphatic system is a network of perivascular spaces that promotes movement of cerebrospinal fluid (CSF) into the brain and clearance of metabolic waste. This fluid transport system is supported by the water channel aquaporin-4 (AQP4) localized to vascular endfeet of astrocytes. The glymphatic system is more effective during sleep, but whether sleep timing promotes glymphatic function remains unknown. We here show glymphatic influx and clearance exhibit endogenous, circadian rhythms peaking during the mid-rest phase of mice. Drainage of CSF from the cisterna magna to the lymph nodes exhibits daily variation opposite to glymphatic influx, suggesting distribution of CSF throughout the animal depends on time-of-day. The perivascular polarization of AQP4 is highest during the rest phase and loss of AQP4 eliminates the day-night difference in both glymphatic influx and drainage to the lymph nodes. We conclude that CSF distribution is under circadian control and that AQP4 supports this rhythm.”

The results of studies by researchers at the University of Rochester Medical Center (URMC) have outlined how the complex set of molecular and fluid dynamics that comprise the glymphatic system—the brain’s self-contained waste removal process—are synchronized with the master internal clock that regulates the body’s sleep-wake cycle. The findings suggest that people who rely on sleeping during daytime hours are at greater risk or developing neurological disorders.

The study data have also provided new insights into the function of the glymphatic system, which was discovered in 2012 by researchers in the lab of neuroscientist Maiken Nedergaard, MD, co-director of the Center for Translational Neuromedicine at URMC. “These findings show that glymphatic system function is not solely based on sleep or wakefulness, but by the daily rhythms dictated by our biological clock,”

Sleep is an “evolutionarily conserved biological function, clearing the brain of harmful metabolites such as amyloid beta, which build up during wakefulness, and consolidating memory,” the authors wrote. Acute sleep deprivation has been shown to impair cognitive function, and sleep disruption is often associated with neurodegenerative diseases. “Sleep quality is highly dependent on both sleep deficit and sleep timing controlled by circadian rhythms, 24-hour cycles in gene transcription, cell signaling, physiology, and behavior,” they continued. “Understanding how circadian rhythms contribute to sleep quality is necessary to promote long-term brain health.”

The glymphatic system consists of a network of plumbing that follows the path of blood vessels and pumps cerebrospinal fluid (CSF) through brain tissue, washing away waste. Since its discovery by the Nedergaard team, studies have shown that the glymphatic system primarily functions while we sleep. More recent research has shown the role that blood pressure, heart rate, circadian timing, and depth of sleep play in the glymphatic system’s function, and the chemical signaling that occurs in the brain to turn it on and off. Studies have also indicated that disrupted sleep or trauma can cause the glymphatic system to break down and allow toxic proteins to accumulate in the brain, potentially giving rise to a number of neurodegenerative diseases, such as Alzheimer’s disease. However, the team noted, “Although the cardiovascular system and sleep, two main influencers of the glymphatic system, are tightly regulated by circadian rhythms, it remains unknown whether glymphatic fluid movement is under circadian control.”

The link between circadian rhythms and the glymphatic system is the subject of the newly reported research. Circadian rhythms—essentially a 24-hour internal clock that regulates several important functions, including the sleep-wake cycle—are maintained in a small area of the brain called the suprachiasmatic nucleus. The reported research demonstrated that when mice were anesthetized all day long, their glymphatic system still only functioned during the animals’ typical rest period. Mice are nocturnal, so their sleep-wake cycle is the opposite of humans. “ … we show the difference in glymphatic function is not solely based on arousal state, but exhibits a daily rhythm that peaks mid-day when mice are mostly likely to sleep,” the authors noted. “ … We here show glymphatic influx and clearance exhibit endogenous, circadian rhythms peaking during the mid-rest phase of mice.”

“Circadian rhythms in humans are tuned to a day-wake, night-sleep cycle,” ….

“Because this timing also influences the glymphatic system, these findings suggest that people who rely on cat naps during the day to catch up on sleep or work the night shift may be at risk for developing neurological disorders. In fact, clinical research shows that individuals who rely on sleeping during daytime hours are at much greater risk for Alzheimer’s and dementia along with other health problems.”

The team further noted, “Although glymphatic function has yet to be studied in models of circadian disruption, such as in shiftwork, it has been established that shift workers are at increased risk for neurodegenerative disorders, cardiovascular disease, and exhibit increased markers of systemic inflammation.”

The study singled out cells called astrocytes, which play multiple functions in the brain. It is believed that astrocytes in the suprachiasmatic nucleus help to regulate circadian rhythms. Astrocytes also serve as gatekeepers that control the flow of CSF throughout the central nervous system. The results of the Nedergaard team’s study suggest that communication between astrocytes in different parts of the brain may share the common goal of optimizing the glymphatic system’s function during sleep.

The researchers in addition found that during wakefulness, the glymphatic system diverts CSF to lymph nodes in the neck. Because the lymph nodes are key waystations in the regulation of the immune system, the findings suggest that CSF may represent a “fluid clock” that helps wake up the body’s infection-fighting capabilities during the day.

“Understanding how these rhythms, all with different timing and biological functions, interact to affect glymphatic function and lymphatic drainage may help prevent morbidity associated with circadian misalignment,” they commented.

“This study included 385 292 participants initially free of CVD from UK Biobank. We newly created a healthy sleep score according to five sleep factors and defined the low-risk groups as follows: early chronotype, sleep 7–8 h per day, never/rarely insomnia, no snoring, and no frequent excessive daytime sleepiness.

Weighted genetic risk scores of coronary heart disease (CHD) or stroke were calculated. During a median of 8.5 years of follow-up, we documented 7280 incident CVD cases including 4667 CHD and 2650 stroke cases.

Compared to those with a sleep score of 0–1, participants with a score of 5 had a 35% (19–48%), 34% (22–44%), and 34% (25–42%) reduced risk of CVD, CHD, and stroke, respectively. Nearly 10% of cardiovascular events in this cohort could be attributed to poor sleep pattern. Participants with poor sleep pattern and high genetic risk showed the highest risk of CHD and stroke.

Conclusion: In this large prospective study, a healthy sleep pattern was associated with reduced risks of CVD, CHD, and stroke among participants with low, intermediate, or high genetic risk.” 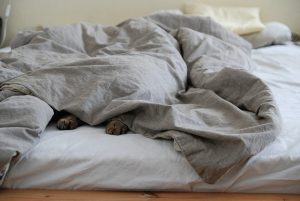 “In this double-blind, placebo-controlled, randomized clinical trial of 102 adolescents, light flash therapy alone was ineffective. When delivered in combination with a cognitive behavioral therapy meant to encourage an earlier bedtime, the combination of light flash therapy and cognitive behavioral therapy significantly and stably increased total sleep time by nearly 45 minutes per night. 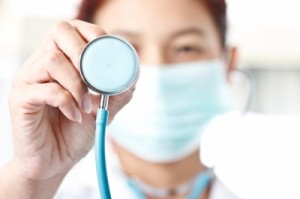 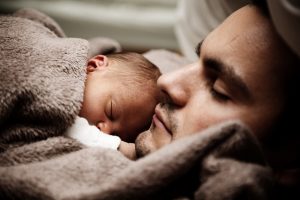 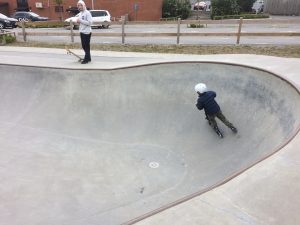