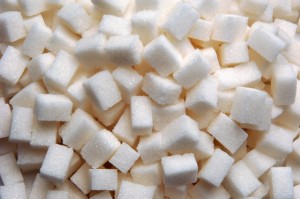 “The email from our eight-year-old daughter’s camp—the same one I attended when I was her age—asked us to pack her favourite junk food to share with her bunk mates on their first night. Funnily, I didn’t remember a junk-food party from back when.”

“As a parent and as a doctor, I am worried about sugar.”…”The World Health Organization, the American Heart Association, and Canada’s Heart and Stroke Foundation have all called for strict limits on added sugars—a daily maximum of between six to twelve added teaspoons for adults, and no more than six for kids. (I estimate that my daughter was offered an average of sixty-three teaspoons of added sugar a day during her week-long stay at camp .)”

“Some researchers suggest that sugar is in and of itself uniquely and dramatically toxic—that independent of its effect on weight, sugar increases the risk of heart disease, diabetes, fatty liver disease, and other illnesses. Others see sugar as a driver of illness only in terms of its contribution to weight gain.”

“What I can say with certainty is that the world has become one giant candy store. Its sugar “pushers”—a term generally associated with those who encourage the use of recreational drugs, and which I am using intentionally—are everywhere. There are pushers in schools, hawking candy as a reward for good behaviour.”…” There are pushers in our grocery stores, selling chocolate bars to support local charities. There are pushers in our friends’ homes, handing out loot bags and just because treats. At family gatherings, sugar pushers are often better known by the names Grandma and Grandpa (or, in my kids’ case, Bubbie and Zaidi). However, unlike drug pushers, sugar pushers hawk their wares out in the open, and their offers are considered fun and normal. And that’s the problem.”

“How much sugar is being pushed on our kids? Over the course of a full year a few years ago, Stacey and I set out to answer this question. Every night before bed, we’d ask our three daughters—then aged eight, six, and four—about who offered them what junk food that day, and then we meticulously recorded the item, the pusher, and the occasion. While my wife and I are by no means purists—birthdays and holidays and other celebrations in our family include sugary indulgences—we also try to use quality building materials in our girls’ growing bodies, and we wanted to know just how many sweet, granulated, white bricks were being added to their foundations when we weren’t looking. We gave our girls no instructions in terms of whether to refuse the offerings, nor did we vilify sugar or its pushers. We explained that we simply wanted to keep track.

The numbers were staggering. Over the course of the year, friends, family members, teachers, camp counsellors, neighbours, and others pushed forty-one pounds of sugar on our kids, distributed across 921 different offerings. That’s over 4,600 added teaspoons—just shy of ninety-seven cups. Some sources of added sugar were predictable, like cake at friends’ birthday parties. Others were a surprise, including the Halloween-sized boxes of Smarties chocolate all three girls were offered by a pharmacist when they received their flu shots. One of them was given an extra because she was crying.”

“There are currently 152 different ways to list sugar without calling it sugar on Canadian food labels, including barley malt syrup, dehydrated cane juice, fruit juice concentrate, maltodextrin, and potato syrup solids.) Current regulations also allow products with added fruit concentrates, purées, and evaporates to assert that there is “no sugar added”—sometimes even in the case of products such as “fruit snacks” that by weight are 86 percent sugar and are marketed to parents as fruit equivalents.”

“The place to launch your nutrition campaign is at home. It may be as simple as checking the labels of your dietary staples for large sources of added sugars and looking for healthier alternatives. Or maybe it’s swapping one processed meal a week for one you cook together. (It need not be fancy: one of our staples is eggs-in-a-hole, with heart shaped cut-outs.) You can also tackle the sugar at birthday parties. By no means am I suggesting that there shouldn’t be cake, but do your kids’ friends really need to leave with a loot bag full of sugar? We’ve given out stickers and bubbles, and thrown crafting parties so the kids each make something to take home. There have been no complaints, and we’ve noticed more of our daughters’ friends giving out non-junk loot bags, too.”

“I have learned that the basic recipe for becoming a guerrilla nutrition activist is straightforward, and the one ingredient that really spoils the mix is anger. Getting mad at people who genuinely care about my children isn’t a good way to build trust or effect change.”

“I have been able to make the most difference when I lead with kindness—when I start by recognizing the care someone is providing my child and then point out that there’s one area, though, where their usual concern doesn’t seem to shine, where there’s a contradiction, even: the junk food. I try to explain that really, it’s not just one treat, and that I don’t think it’s fair to have my child singled out for turning down a group treat. And then I suggest an alternative and offer to help.

Further proof that kids are just as happy with non-junk-food rewards: Halloween. Encouraged by a study that found kids valued toys just as much as candy, Stacey and I stopped handing out the sweet stuff in 2006. At the time, we were living in dense, young suburbia; the streets were thick with little superheroes, pirates, and princesses. As the afternoon of Halloween gave way to dusk, it was eggs, not monsters, that Stacey and I feared as we prepared to hand out something other than candy. But we decided we had to give it a shot. We handed out small Play-Doh containers that we found at Costco; they cost us twenty cents per goblin. Other years, we’ve given out glow wands, and swords purchased in bulk at the dollar store. Our house has yet to be egged or toilet papered.”

“Over our past decade as nutrition guerillas, my wife and I have learned a great deal about ourselves and our community. Most importantly, we now understand that politicians’ short mandates and the food industry’s unwillingness to curtail its own sales, when coupled with the misguided belief that individuals can easily opt out of our pervasive junk food culture, smothers change. Indeed, like with any health-improvement program, change must begin with our own words and actions—by way of thoughtful nutrition and creative, often collaborative, solutions spreading from one home to another and then another and then to our schools, arenas, camps, and communities. We can work directly with the sugar pushers among us to change our sweetly toxic food culture.”