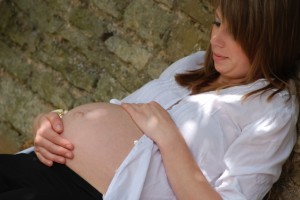 “There was always someone telling me what to do, but the recommendations from books and medical associations were vague and sometimes contradictory. It started right away. “You can only have two cups of coffee a day.” I wondered why. What did the numbers say about how risky one, two or three cups were? This wasn’t discussed anywhere.”

“The key problem lies in separating correlation from causation. The claim that you should stop having coffee while pregnant, for instance, is based on causal reasoning: If you change nothing else, you’ll be less likely to have a miscarriage if you drink less coffee. But what we see in the data is only a correlation—the women who drink coffee are more likely to miscarry. There are also many other differences between women who drink coffee and those who don’t, differences that could themselves be responsible for the differences in miscarriage rates.”

“When I asked my doctor about drinking wine, she said that one or two glasses a week was “probably fine.” But “probably fine” isn’t a number. In search of real answers, I combed through hundreds of studies—the ones that the recommendations were based on—to get to the good data.”

” I found that the best studies often painted a picture different from the official recommendations.”

“Pregnant women are also given a long list of off-limit foods: deli meats, soft cheeses, sushi. These are restricted because of the risk of various pathogens. The most serious by far is listeria bacteria, to which pregnant women are especially susceptible; it can cause late miscarriage and stillbirth.”[…]”I wondered how much I could limit my risk by avoiding certain foods. “[…]” It turns out that queso fresco, a Mexican soft cheese, has been implicated in about 20% of listeria outbreaks since 1998, and deli turkey in 10%. The rest of the recent outbreaks seemed random. One involved cantaloupe, another one, celery.
I concluded that avoiding queso fresco and deli turkey was a good idea, but in the end I didn’t feel that it made sense even to exclude other deli meats. My best guess was that avoiding sliced ham would lower my risk of listeria from 1 in 8,333 to 1 in 8,255. I just didn’t think it was worth it. It would have made more sense to avoid cantaloupe.”

“Women who report binge drinking during pregnancy are more likely to have children with serious cognitive deficits.
But all drinking isn’t created equal. When I looked at the data from hundreds of studies, I found, basically, no credible evidence that low levels of drinking (a glass of wine or so a day) have any impact on your baby’s cognitive development.”

“To learn about the impact of light drinking on pregnancy, we actually want to look at women who are light drinkers. I started scouring the medical literature for studies that focused on this group—that is, women having up to a drink a day. A problem in all this research is that the kinds of women who drink are different from those who don’t. The key was to find the studies that had minimized this problem.”