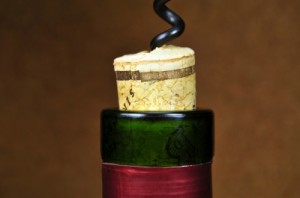 “Moderate alcohol intake has been associated with reduced cardiovascular risk”..” Studies in east Asia can help determine whether these associations are causal, since two common genetic variants greatly affect alcohol drinking patterns. We used these two variants to assess the relationships between cardiovascular risk and genotype-predicted mean alcohol intake in men, contrasting the findings in men with those in women (few of whom drink).”

“The prospective China Kadoorie Biobank enrolled 512 715 adults between June 25, 2004, and July 15, 2008, from ten areas of China, recording alcohol use and other characteristics. It followed them for about 10 years (until Jan 1, 2017), monitoring cardiovascular disease (including ischaemic stroke, intracerebral haemorrhage, and myocardial infarction) by linkage with morbidity and mortality registries and electronic hospital records. 161 498 participants were genotyped for two variants that alter alcohol metabolism, ALDH2-rs671 and ADH1B-rs1229984. Adjusted Cox regression was used to obtain the relative risks associating disease incidence with self-reported drinking patterns (conventional epidemiology) or with genotype-predicted mean male alcohol intake (genetic epidemiology—ie, Mendelian randomisation), with stratification by study area to control for variation between areas in disease rates and in genotype-predicted intake.”

“33% (69 897/210 205) of men reported drinking alcohol in most weeks, mainly as spirits, compared with only 2% (6245/302 510) of women. Among men, conventional epidemiology showed that self-reported alcohol intake had U-shaped associations with the incidence of ischaemic stroke (n=14 930), intracerebral haemorrhage (n=3496), and acute myocardial infarction (n=2958); men who reported drinking about 100 g of alcohol per week (one to two drinks per day) had lower risks of all three diseases than non-drinkers or heavier drinkers. In contrast, although genotype-predicted mean male alcohol intake varied widely (from 4 to 256 g per week—ie, near zero to about four drinks per day), it did not have any U-shaped associations with risk. For stroke, genotype-predicted mean alcohol intake had a continuously positive log-linear association with risk, which was stronger for intracerebral haemorrhage (relative risk [RR] per 280 g per week 1·58, 95% CI 1·36–1·84, p<0·0001) than for ischaemic stroke (1·27, 1·13–1·43, p=0·0001). For myocardial infarction, however, genotype-predicted mean alcohol intake was not significantly associated with risk (RR per 280 g per week 0·96, 95% CI 0·78–1·18, p=0·69). Usual alcohol intake in current drinkers and genotype-predicted alcohol intake in all men had similarly strong positive associations with systolic blood pressure (each p<0·0001). Among women, few drank and the studied genotypes did not predict high mean alcohol intake and were not positively associated with blood pressure, stroke, or myocardial infarction.”

“Genetic epidemiology shows that the apparently protective effects of moderate alcohol intake against stroke are largely non-causal. Alcohol consumption uniformly increases blood pressure and stroke risk, and appears in this one study to have little net effect on the risk of myocardial infarction.”